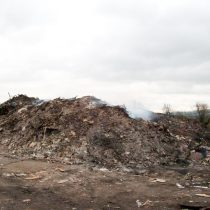 Illegal waste disposal has an environmental cost – it costs millions if you break the law.

The Environment Agency took John Bruce to court for breaching waste disposal laws. He was jailed for his environmental crimes in 2018.

Judge Nicholas Cole ruled that Bruce should pay £2,101,708 in a case brought under the Proceeds of Crime Act 2002. It is one of the biggest confiscation cases under the act. He has 3 months to pay or he will be imprisoned for 7 years if he fails to do so.

Bruce, from Pershore in Worcestershire, was initially prosecuted for 6 offences. EA officers discovered around 25,000 cubic meters of waste buried, dumped or burned at Ridgeway Park Farm.

He was originally jailed for the offences along with convictions for fraud for 26 months in May 2018.

The Environment Agency said: “This is one of the biggest orders the Environment Agency has gained. The case shows we’re not just content to prosecute those who run illegal waste sites. We’ll also come after them to get back the profits they made from their illegal activities and to recoup taxpayers’ money spent on pursuing them.

“Waste crime can have a serious environmental impact. It puts communities at risk and undermines legitimate business and the investment and economic growth that goes with it.

“We support legitimate businesses and we are proactively supporting them by disrupting and stopping the criminal element backed up by the threat of tough enforcement as in this case.”

Business or commercial waste disposal should be carried out by a legitimate, company that holds the correct licenses.

The Waste Duty of Care expects those who produce the waste to be responsible for knowing where they are sending waste. So, you face being held liable should your business or commercial waste end up being illegally disposed of.