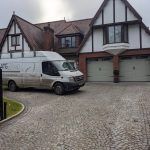 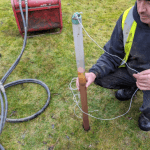 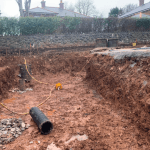 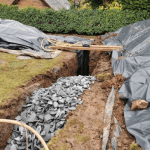 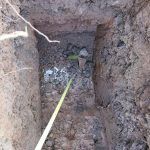 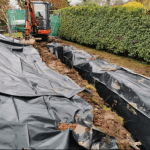 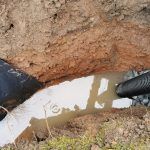 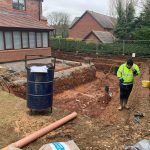 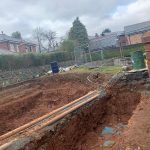 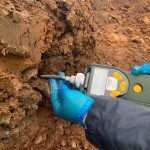 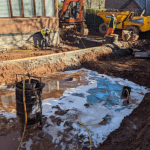 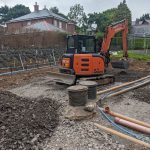 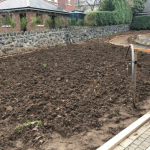 A homeowner contacted us to report a potential oil spill from a heating system at an adjacent property. They had detected a strong smell of oil coming from the sewer network. Following a thorough site investigation, evidence of hydrocarbon contamination was found along the boundary with the source property, beneath the shared boundary wall and along the boundary with a neighbour, down gradient from our client.

Once on-site, our team acted swiftly to control the extent and severity of the damage. The investigation had discovered that the contamination extended to a depth of 2.0 metres. Interception trenches were installed across the direction of flow to reduce the risk to the main dwelling and migration to neighbouring properties. Recovery wells were used to extract contaminated groundwater and free product.

As part of the remedial works, a section of the boundary wall was removed as the driveway of the property was narrow. This allowed for safe movement in and around the site and saved time, labour, plant and equipment costs.

The remedial works involved the removal of over 600 tonnes of contaminated material from the site. This was followed by an in-situ remedial programme with 6 chemical treatments being applied to break down the residual contamination. 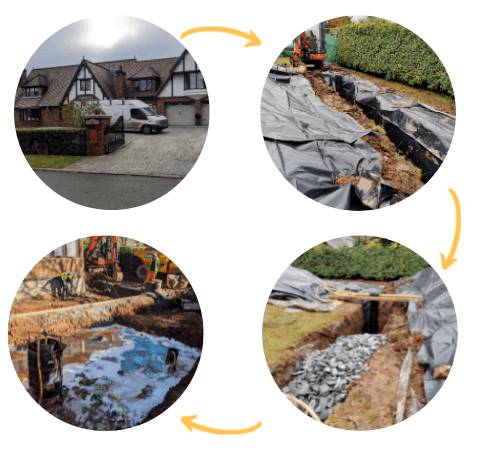 After the works had been completed, an independent laboratory analysed a number of soil samples. The results confirmed that the environmental and health risk associated with the spill had been successfully removed.

We then set about reinstating the garden to its pre-spill condition, backfilling, and compacting the external areas to prevent slippage.

We re-built the garden wall, restored all affected paving, and replaced the impacted lawn with topsoil and roll-out lawn.

All the works were carried out within the agreed time frame and costs that had been agreed with the homeowner’s insurer.

The client was very happy with our professional approach, ease in which we responded to any concerns, The client was kept informed throughout the whole process due to regular update reports and clear communication throughout, by email, telephone and numerous face to face meetings. 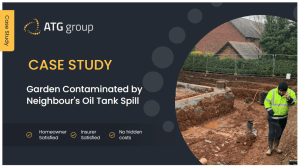 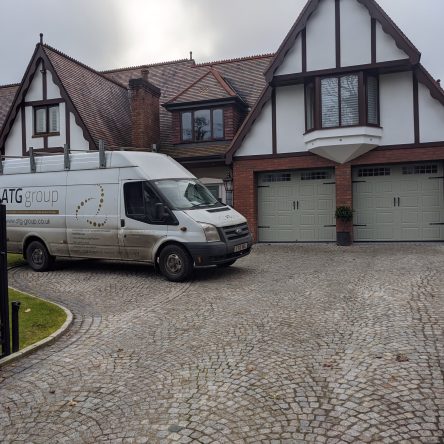