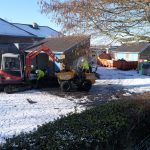 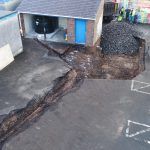 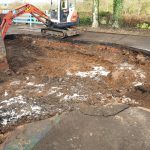 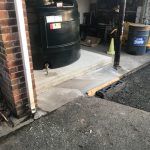 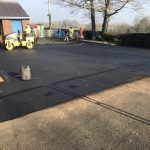 With the cold winter temperatures, a pipe underneath the school playground had suffered a fracture. The kerosene tank had recently been filled, which resulted in the release of approximately 1,500 litres of kerosene under the ground. Oil had begun to seep up through the tarmac.

The biggest challenge on this project was finding the source of the leak, this was due to the age of the site and the long-demolished building foundations which remained. These old foundations caused the oil to flow irregularly and collect in areas hidden from above ground. Containing the spill was our first priority, followed by excavations to find the source of the spill.

Once on site, we began emergency containment works to ensure the contamination did not reach the surrounding fields or the nearby playschool. We placed absorbent cushions into the drains and used absorbent pads to soak up the oil on the surface of the tarmac. Once completed, we started to excavate the area to find the leaking pipe, we then started the treatments.

The treatment plan for this site involved: