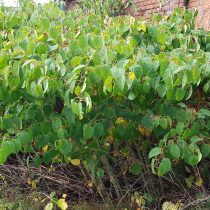 Invasive plant species cost the UK economy at least £2 billion every year. That is according to a new report from Wildlife and Countryside Link.

The study, released earlier this year, says that dealing with such plant species, including Japanese Knotweed, adds to building construction costs. This leads to increasing flooding and damages crops.

Scientists who carried out the research are lobbying the Government to spend £6 million on measures to tackle the invasive plant species. In doing so, they say it would save £2.7 billion over the next 20 years in removing such plants.

Building companies that discover such invasive species on development land must treat it, which costs tens of thousands of pounds. Such species include Japanese Knotweed, Himalayan Balsam and Giant Hogweed.

As well as the physical cost of excavation, construction firms must also absorb the cost of transporting the soil. The result means wider environmental impact, as lorries create extra emissions as they move affected earth to and from the site.

Rather than digging out the soil and dumping it to specialist landfill sites, we use an innovative treatment that we have developed. The is all completed on site.

Eraginate® is quicker than ‘dig and dump’ methods, and it also eliminates the need for large landfill cost. It also reduces your carbon footprint as waste material is greatly decreased.

The remaining treated material is re-used on-site as backfill material or used in the garden and landscaped areas in some cases.

If you have discovered INNS on your development site or land, contact us today to find out more about Eraginate®.